Amazon.com
$25.00
See it
Last Amazon price update was: January 12, 2023 1:25 am (Info)
× Product prices and availability are accurate as of the date/time indicated and are subject to change. Any price and availability information displayed on Amazon.com (Amazon.in, Amazon.co.uk, Amazon.de, etc) at the time of purchase will apply to the purchase of this product.
Add to wishlistAdded to wishlistRemoved from wishlist 0 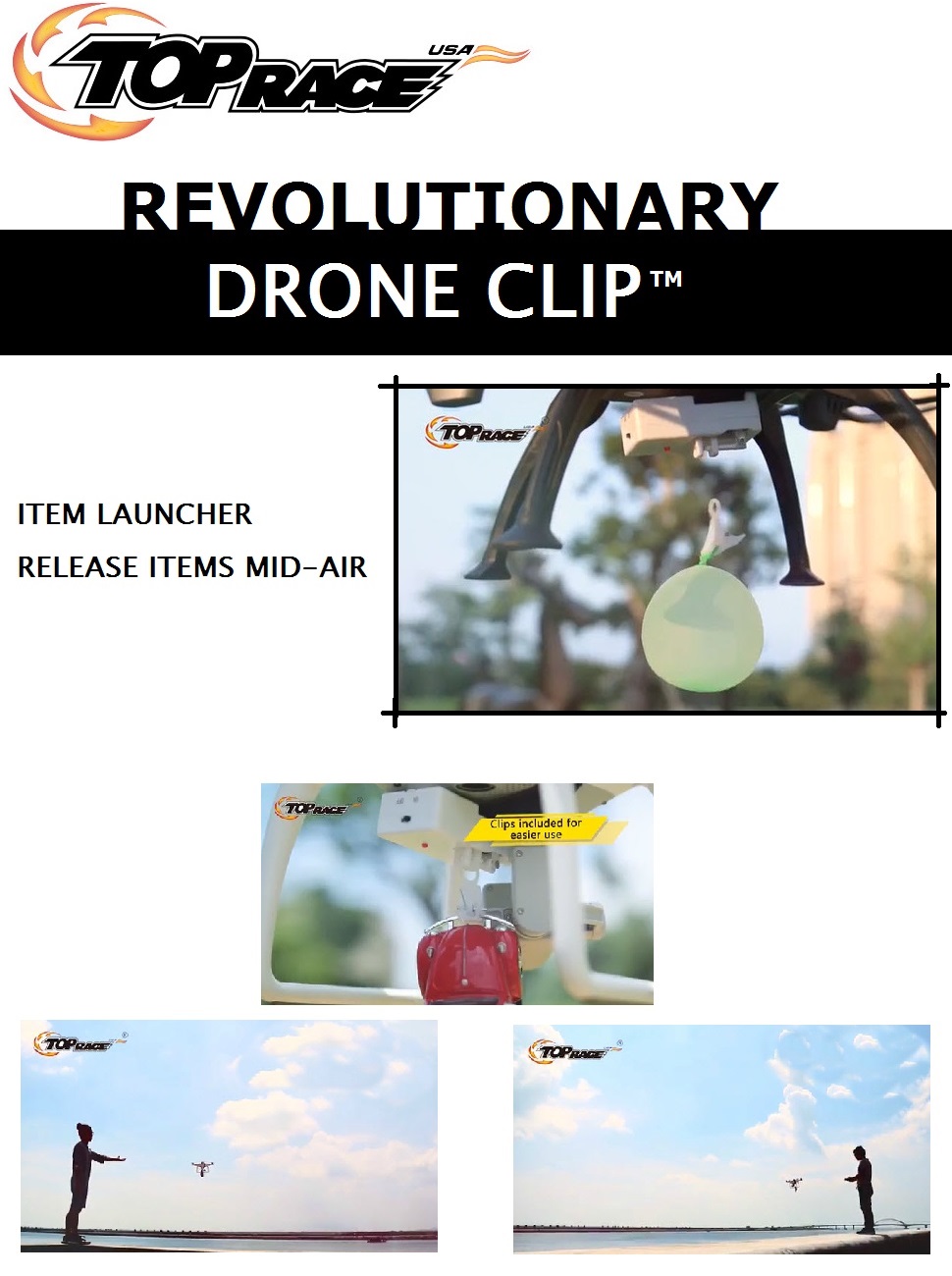 Loading Instructions:
The Top Race Drone Clip attaches to the underbelly of any large drone with the included fasteners than press on the button of the transmitter and the clip will open up. Simply load your desired object (not too heavy) such as confetti over your invited guest at a party or load one of the included parachutes or water balloons on to the clip, press the button again and the clip will close up holding the object tight and ready to take off.

Releasing Object midair:
The Drone Clip can safely operate at a distance of up to 180 feet, so fly the drone high over your kids in the park or over your friend you love to spook and release the water balloons, parachute or confetti by simply pressing the Release Key on the transmitter and the drone will release the clip and unload the objects.

Can Hold Bigger objects too:
Got something that’s bigger in size, and won’t clip on to the drone clip? No worries! With the included lightweight plastic clip you can attach bigger items such as a bunch of balloons (as long as it’s not too heavy) to be release at an engagement graduation party or at any other balloon releasing event.

Most popular this month